Great news! We’re excited to announce the release of BricsCAD V17 for Mac.

BricsCAD V17 greatly strengthens your ability to create and design in 2D and 3D. The BricsCAD Team did their utmost to add the top user-requested features. Experience them yourself by downloading the free trial today.

The new features that BricsCAD V17 for Mac has to offer

The new dock-able, modeless Layer Explorer keeps layer names and layer settings at your fingertips while drawing and
editing.

You can document your models faster with Expanded Section Views – full, half, offset and aligned.

The next evolution of the “Dynamic Block” is now available in V17. BricsCAD parametric components make the creation of pre-defined features simple.

In general, BricsCAD for Mac has the same set of features as BricsCAD (Linux). A few Windows specific features will not become available on Mac or Linux, for instance the COM API. See the BricsCAD comparison sheet on our website for more. 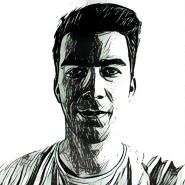 BricsCAD Pro and Lite V22 – Helping you solve your design problems even faster!